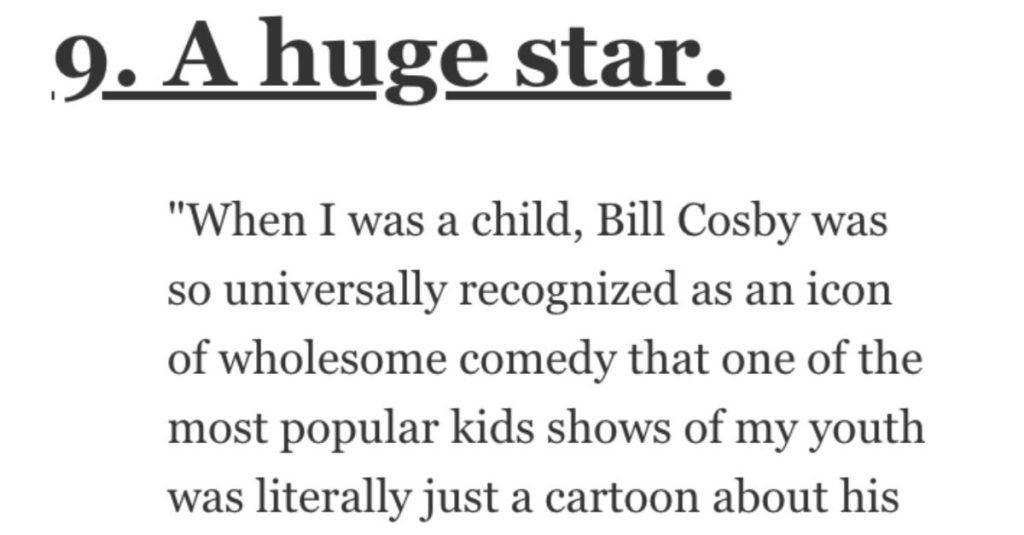 Who Had the Biggest Fall From Grace in History? Here’s What People Said.

It’s interesting how fast things can change for folks in the public eye.

Politicians, movie stars, musicians: we’ve heard countless stories about how some of these folks were on top of the world one day and then it all came crashing down.

And today we’re going to hear from folks on AskReddit about who they think had the biggest fall from grace.

“Harvey Weinstein…he WAS Hollywood when he got outed for the POS he is but this guy produced (just naming the top 3): the Lord of the Rings trilogy, 2) every Tarantino movie except Hollywood, and 3) Good Will Hunting and (subsequently) about every Damon or Affleck project from that time to his downfall.

He’s won more oscars than any person could ever dream and has made more money off films than maybe anyone ever.”

“Benedict Arnold would be celebrated as the second-most important Founding Father after George Washington if not for…well…you know.”

From famous actor to assassin.”

Not just the drug thing either. He went to insane lengths to silence people trying to expose the drug scandal within the cycling sphere.

He threatened people and publicly harassed and embarrassed people, even former Tour de France winners weren’t safe from his wrath. He was invincible and used it to bludgeon people’s careers, reputations and personal lives.”

Was once my favorite actor but now i can’t look at him the same in any of his works.”

“Andrew Cuomo has got to be up there.

He was a huge media darling during covid, wrote a book about how well he did, was being floated as a presidential candidate, then the s**ual harassment and handling of nursing homes made him fall almost overnight.”

That HBO movie really illustrated how bad this was. His entire family thought he was some rich finance guy. Then they find out not only do they have nothing, but their dad stole (and destroyed) more money than just about any individual in the history of the world.

What a tough pill to swallow! Bernie and his wife tried to commit suicide, and one of his sons was successful in doing so. What a sad story.”

“Jeffery Epstein went from rubbing elbows with world royals and the wealthiest elites of the world to “hanging himself in prison all alone.””

“When I was a child, Bill Cosby was so universally recognized as an icon of wholesome comedy that one of the most popular kids shows of my youth was literally just a cartoon about his childhood.

Now the legacy of that little cartoon show is tainted by the very subject of the show itself. That’s a fall from grace. From being trusted to be a part of your kids formative years, to becoming one of the most vile and disliked men of all time”

Went from being Emperor and having control over half of Europe to being exiled on a tiny island.

Of course, he came back… but it was short lived and he got exiled again to an even more remote island.”

I don’t think younger people of the modern age realize just how much of a “nice wholesome dude” persona the dude had built up in pop culture.

And then domestic a**se reports came trickling in. And then… well, you know. It was insane.”