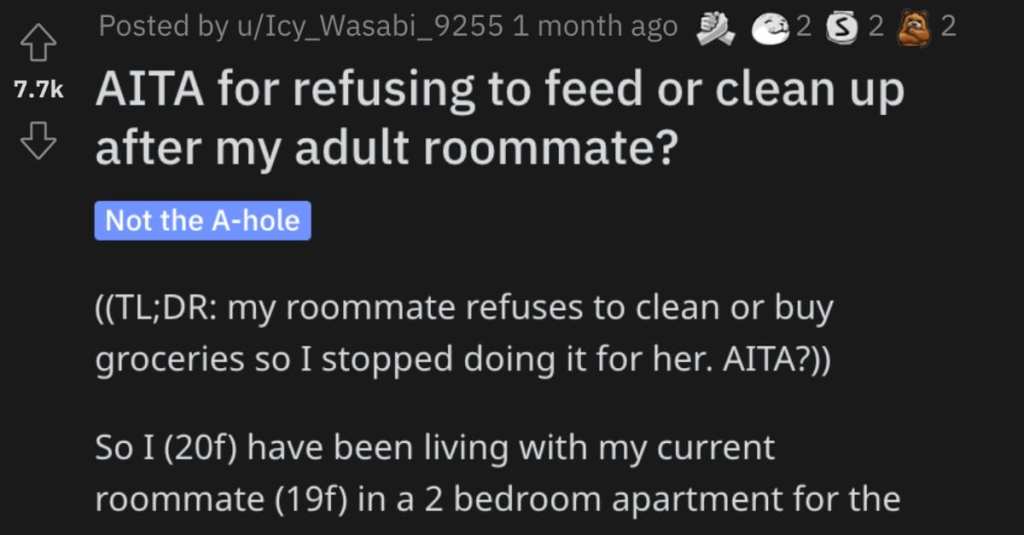 This story got my blood boiling a little bit…

I understand that people go through hard times and can get down and out, but when folks refuse to put in any work at all to help themselves out, I have a hard time being sympathetic.

Check out this story from a young woman who is having some major issues with a roommate from the “Am I The A**hole?” page on Reddit.

AITA for refusing to feed or clean up after my adult roommate?

“So I (20f) have been living with my current roommate (19f) in a 2 bedroom apartment for the past year while attending college. She and I get along well for the most part, have similar interests, and split costs evenly. At least at first.

After a couple months, she was unable to pay for her share of groceries. I covered her half a couple times, being sympathetic toward her situation. However this has since spiraled into her expecting me to pay for all the groceries every time. I have offered to help her find a job, to which she refused. On top of this, she routinely eats all of the snacks I buy for myself.

Now this: she only washes the dishes she uses when she needs them again. At this point, I’ve been buying all the groceries for months, and have started to buy less because I need to save money for tuition. Because of this, she cooks less, and instead orders out (only for herself, which is fine, but important to note) instead of using the money she spends on takeout for groceries, so the dishes just sit there for weeks and smell AWFUL.

Yes, I could wash them myself, but between my job and school work, as well as all the other cleaning jobs around the apartment that she now refuses to do, I just can’t bring myself to do yet another thing she said she would do herself. I let her know (as politely as I could) that I couldn’t handle her responsibilities on top of my own, and thought the issue would be resolved.

I have resorted to only cleaning my own room, the shared bathroom, and the dishes I personally use, instead of cleaning the entire apartment (including her room and the living room area she spends most of her time in). Now I spend what little time I am at home locked in my room, because the entire apartment is trashed. I mean it smells disgusting, and there is now a fruit fly problem because of it.

She confronted me about this, asking why I don’t clean or buy enough groceries for both of us anymore, and I’m honestly fed up. I told her that she can clean up after herself and pay for her own groceries. Now she’s upset with me, still refuses to pull her own weight, and claims that she is overwhelmed and depressed.

I also suffer from mental illness, and I understand that they can be debilitating and that she may not be meaning to take advantage of me, but I don’t think that it’s a valid excuse for her to walk all over me and the kindness I’ve shown her.

I gave her the number to the student counseling service just in case, and offered to listen if she wanted to talk, but I personally feel like she’s using this excuse as a cop out to get more favors out of me.

I still haven’t cleaned her mess or bought more groceries, and am still mostly in my room, but I’m at my wits end, and cannot physically or emotionally handle this behavior anymore.

This reader said that the woman is not wrong for her actions and feelings and she needs to put an end to this situation immediately. 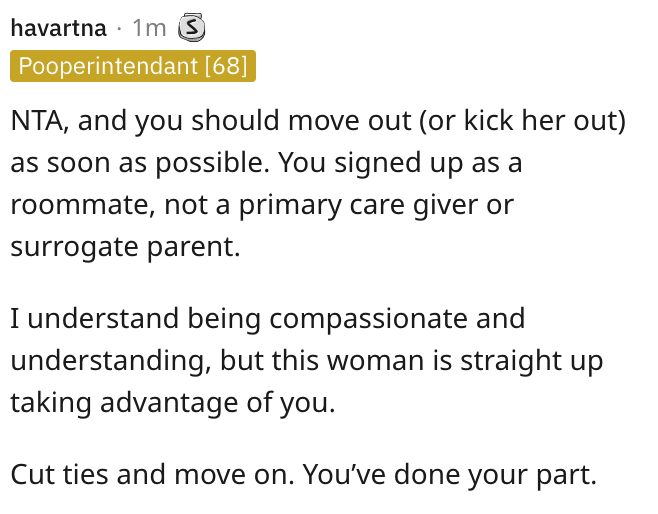 Another person who worked as a resident advisor in college said that this kind of behavior is actually more common than you’d think among people around this age. 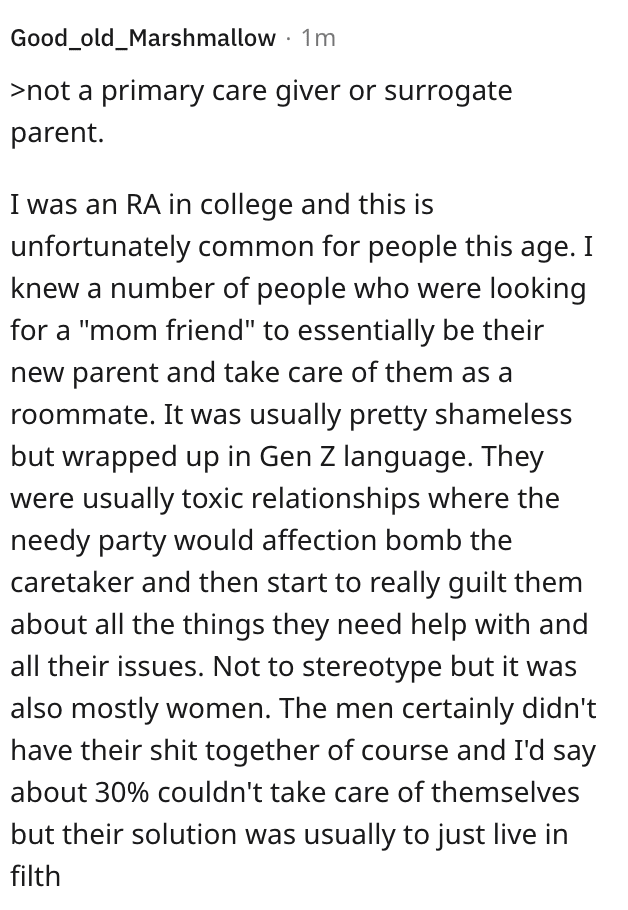 This individual made a good point: the roommate needs to be told that she needs to take care of her affairs and that way she’ll be much less depressed. 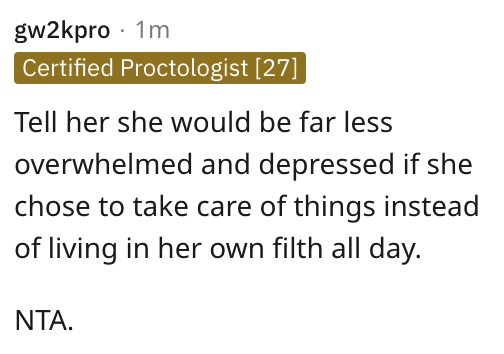 And finally, this Reddit user said that the roommate may be depressed, but living like this is not acceptable and is also disrespectful to the other person she’s living with.

Okay, now we want to hear from all of our dear readers out there!