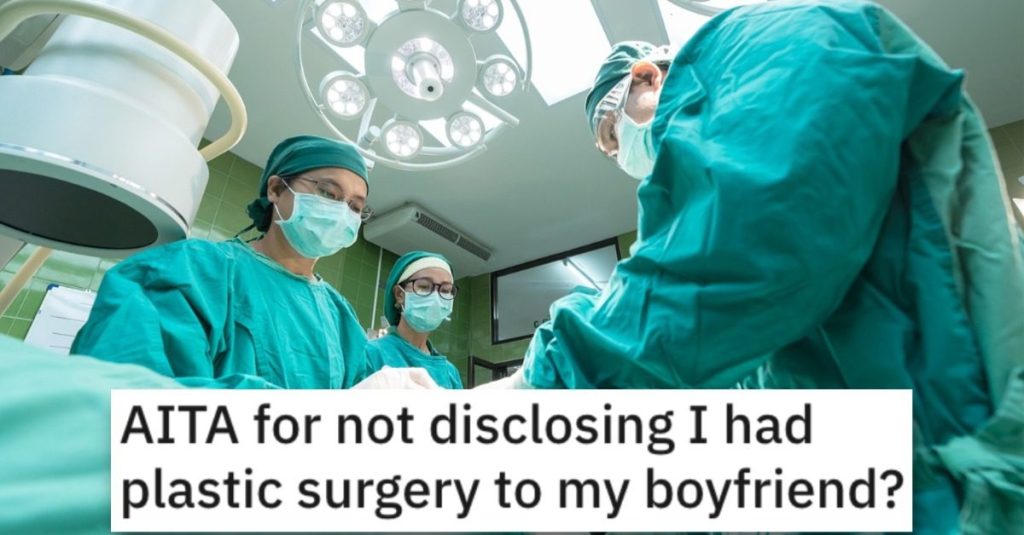 If someone chooses to have plastic surgery, that’s their prerogative, right?

But, as you know, people get weird about all kinds of things…

So is this woman an a**hole for not telling her boyfriend that she has plastic surgery?

Read her story below and let us know what you think in the comments.

AITA for not disclosing I had plastic surgery to my boyfriend?

When I was 22, I had a nose job as I broke my nose twice as a kid and it left it with a large bump. Then, at 23, I had a breast augmentation that bumped me up two cup sizes. These were life long insecurities that I was bullied over, and it was really relieving to get them done.

Onto the present, I met Max through a friend and things have been great. Last night, I was strolling through my social media while on the sofa with him. I stopped on an old classmates vacation photo, where she wore a bikini and frankly, had very obvious implants (she looks great, happy for her! But you can tell.)

Max glanced over at that moment and said “Gross.” I asked him what the deal was, and he said women who get implants or other surgeries are a huge turn off to most guys, and how men prefer natural over two balloons and how insecure she looks.

I couldn’t help but laugh and said “So you’re turned off by me?”

He got very confused and asked what I meant, I informed him I had procedures done before. He kept denying it and saying I was joking until I showed him old photos of me.

He got quiet and left shortly after. I got a text saying I should’ve disclosed this on the first date, how I led him on and that he needs to reconsider things.

It’s the next day. Haven’t heard anything, I’m bewildered.

One reader said she’s NTA and she’s lucky she found out about him early on. 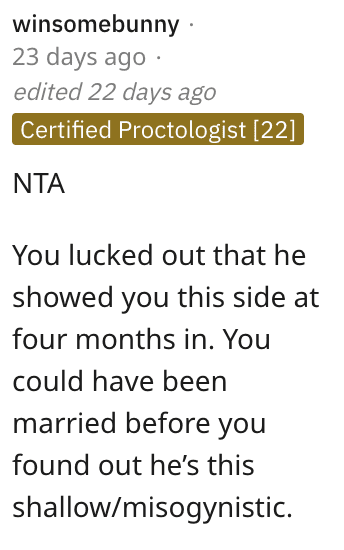 Another individual said these are big red flags and she needs to dump him. 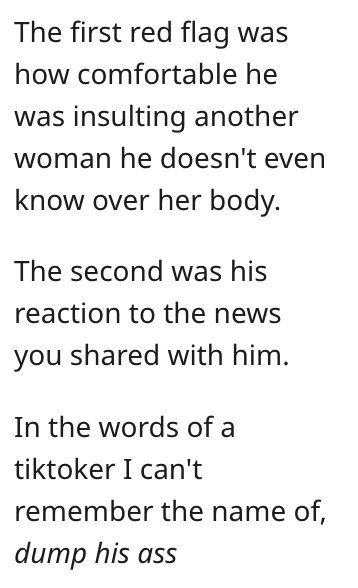 And this individual said she’s NTA and she dodged a bullet here.