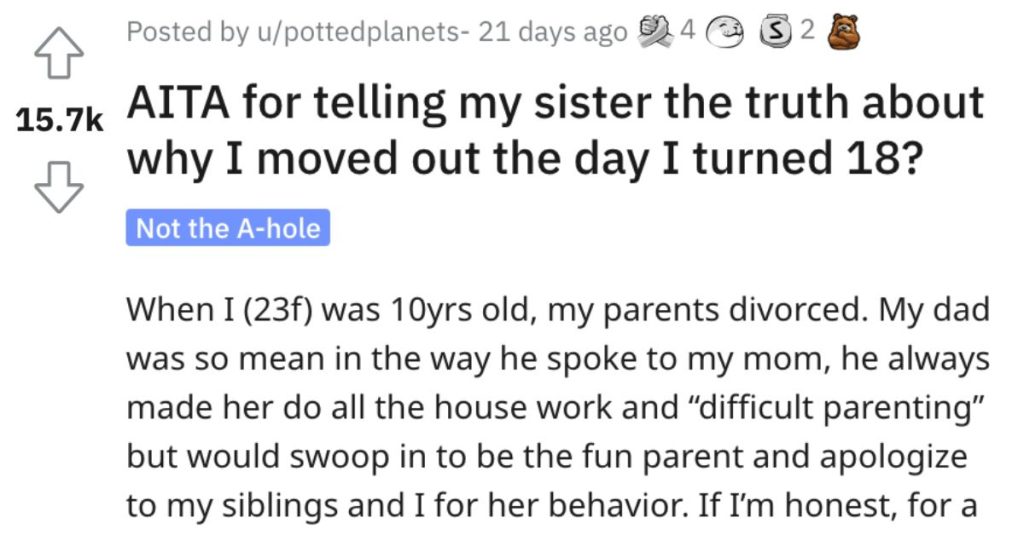 The truth sure can hurt sometimes…but if it’s necessary to get the whole story out there, you gotta do what you gotta do…

And that brings us to today’s “Am I the A**hole?” story from Reddit.

Read on and let us know if you think this woman was out of line for telling her sister the truth about why she moved out when she turned 18.

AITA for telling my sister the truth about why I moved out the day I turned 18?

My dad was so mean in the way he spoke to my mom, he always made her do all the house work and “difficult parenting” but would swoop in to be the fun parent and apologize to my siblings and I for her behavior. If I’m honest, for a while I believed all the things he said about my mom, and I h**ed her for years. I still feel so guilty about it too.

My dad’s friend was my mother’s boss at the time of their separation, I don’t know if my dad got mom fired but I assume he did because she lost her job the day after she left him. He made more money than she did, his name was on the house, he knew she didn’t have the resources to dispute him in court for very long, so he drew the process out for as long as possible until my mom ended up homeless and living in her car.

She lost custody of all three of us, and had to move to another state to stay with her sister because she couldn’t find work here without an address. He cut her off from us and we didn’t talk for years.

As soon as my mom was gone, my dad began treating me the way he had treated her. It was a total switch from the man I’d grown up with, all of a sudden it was like he h**ed me. It took that total 180° for me to realize what had happened between him and my mom.

I pieced together everything over the next few years, went through some documents from the divorce that confirmed what I suspected. By the time I was 16 I started saving money to move out as soon as possible and at midnight on my 18th I took my things and left. I later reconnected with my mom too.

I’ve done pretty well for myself after leaving. I have a job, an apartment, a baby. I’m happy with my life.

My sister contacted me a few days ago, she just turned 18 and she wanted to see me. We met at a park and talked for a while. When she asked me why I left, I tried to lie and come up with better answers, but she kept pressing so I told her the truth, all of it, not sparing the details.

She didn’t respond well to it. She told me our dad would have never done those things, that our mom was the problem. She said she didn’t believe me about any of it, and then she stormed off. I told our mom what happened, and she said that I shouldn’t have told my sister at all. She thinks that it wasn’t fair of me to shatter her reality like that, because she’s just a kid and our dad is still her hero.

I know what it’s like to have that reality shattering moment, and it sucks but I mean, she asked for the truth. Was I wrong to give it to her?”

Now let’s see what Reddit users had to say about this.

One reader said that she’s NTA at all. 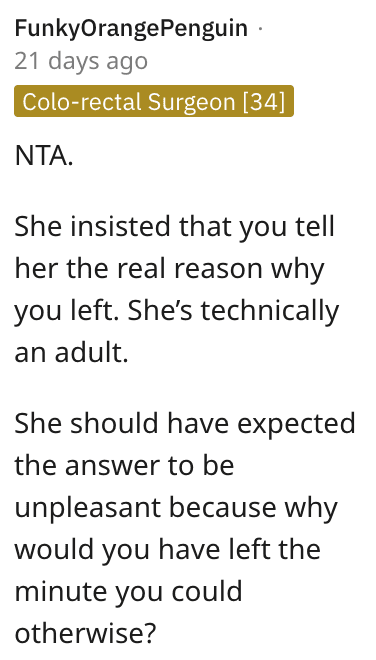 And this person congratulated her on getting past this and building a good life. 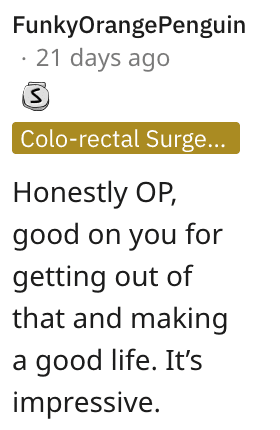 Another Reddit user said she did the right thing and that all she did was tell the truth. 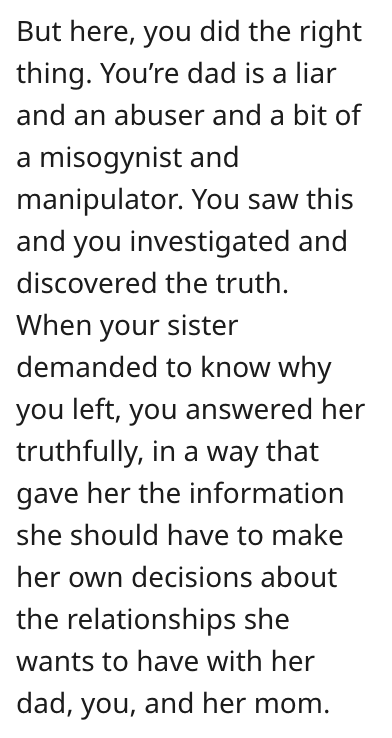