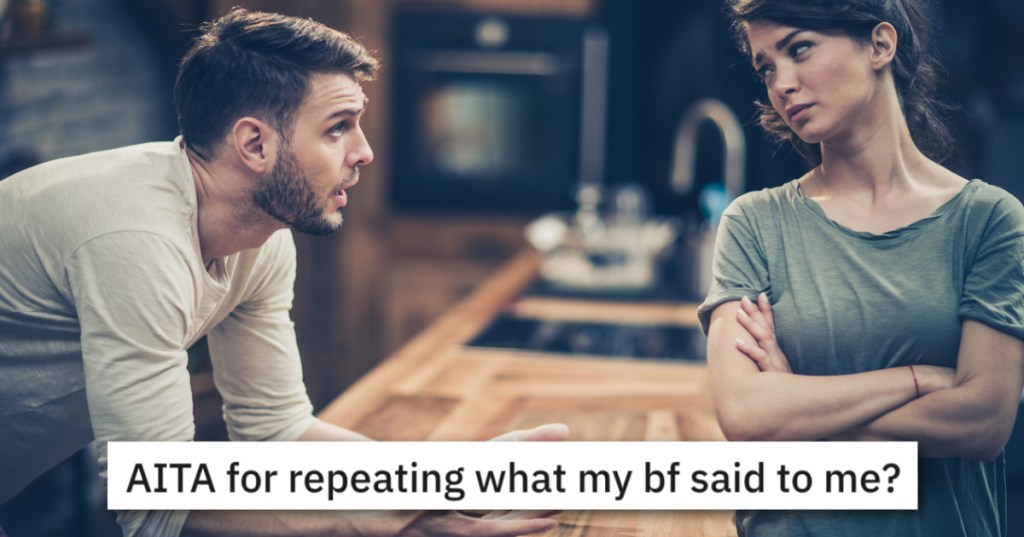 As a woman who can no longer consider herself young, I’m consistently shocked and dismayed by how many still-spritely women are posting on Reddit’s Am I The A$$hole forum who are actually dating a$$holes but have no idea.

I am equally happy that the internet exists and they can benefit from the knowledge of women who have been there, done that, and have already burned all of the t-shirts.

This lovely lady has been dating her dude for about six months, but he’s recently decided he’s upset with the small size of her tatas.

Now, it’s never bothered her, mind you, but after awhile those types of comments are bound to get to anyone.

I (24f) have been dating my bf (25m) for about 6 months now. For the past few days he has been making comment about my breast size. Now I’m aware that I have small boobs. I have never really cared much until his comments.

So she started thinking how she wasn’t the only one in the relationship who wasn’t well-endowed in certain areas, and if he could “joke” about her lack of boobs then surely he could take a joke about his lack of size in the nethers?

Well it’s also worth mentioning that my bf isn’t the biggest guy out there, about 4 inches. Well last night he started up again and said “you know they have surgery for that” and motioned towards my chest.

I don’t know why I did it but I repeated “you know they have surgery for that” and motioned towards his waist area.

She was wrong, because now he’s barely speaking to her. Which…you know what?

Now he’s not speaking to me. So Aita?

I’m just going to let Reddit do the talking for me.

First off, jokes are supposed to be funny. 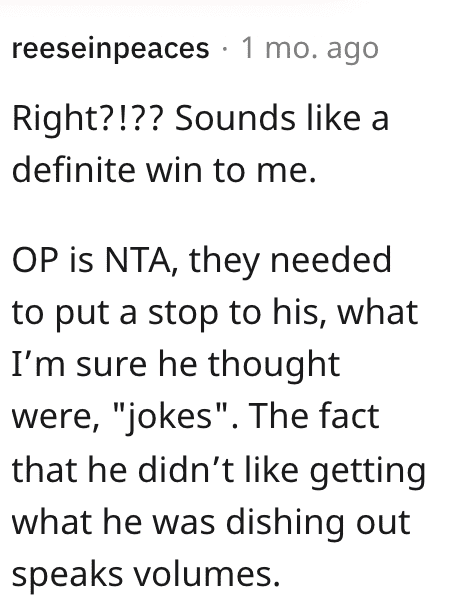 This is the million-dollar question. 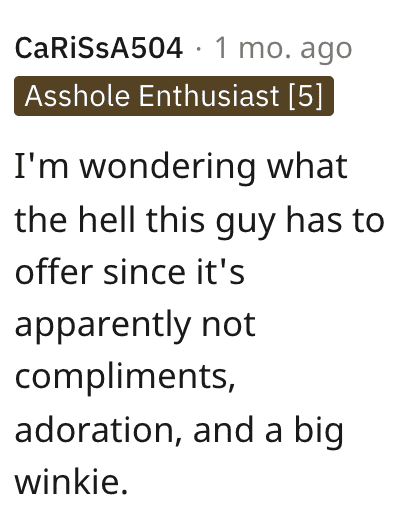 This is just way too common a tale. It needs to stop working. 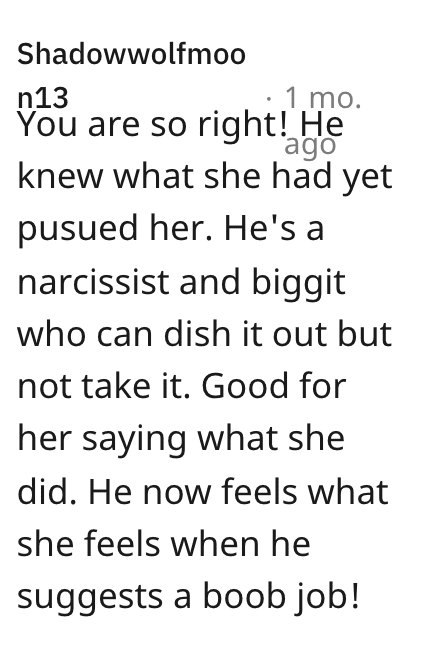 We’re all (not so) secretly applauding.

She’s also made a great edit or two, proving that once again, the ladies of Reddit are basically heroes without capes.

Edit: just logged back onto Reddit and oh my god! Was not expecting this lol. Thank you to all the award givers and for all the advice!!

We’re going to lunch tomorrow and I’m going to most likely break up with him unless he can give a very valid explanation for his behavior and a sincere apology!

Forgot to post an update but I did break up with him at lunch. Thanks for all the advice and kind words

I’m just so happy that we were able to make a difference and this girl will move on, hopefully being able to realize for herself that she deserves better in her next relationship.

Honestly, if you haven’t clicked on the Reddit link and read every last one of the comments, you should do that now.

I promise you won’t be disappointed.