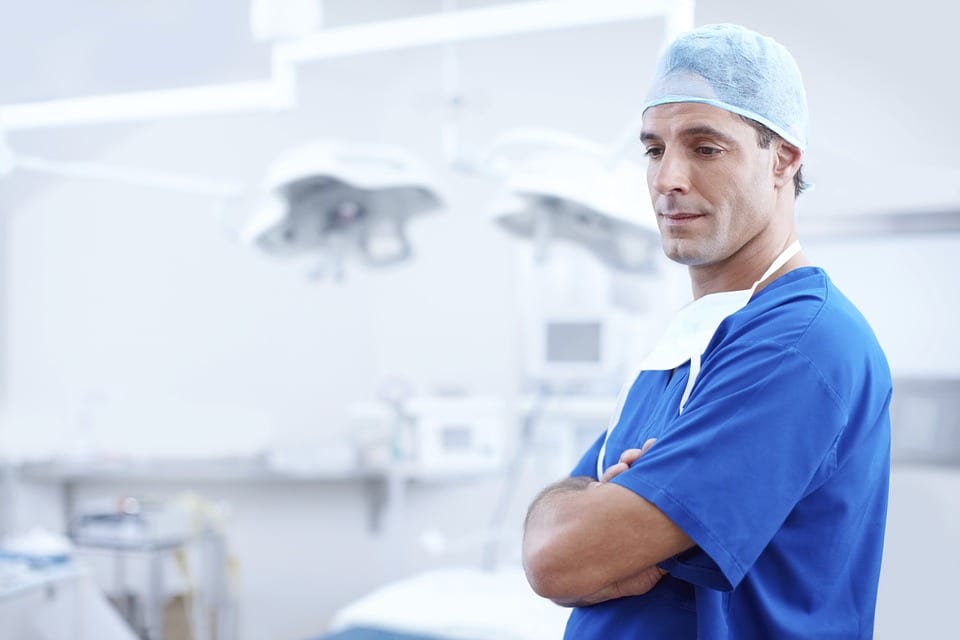 Doctors have to ask a lot of questions.

So it stands to reason that they probably get a full range of bat-shit answers to them.

And, when that question involves a patient’s sexual history, the answers can really go into overtime, as these 11 AskReddit stories can attest:

#1. You think you know somebody…

I’m a doctor and not a nurse, but the funniest example of this I’ve experienced was being ripped into by my attending back in medical school for asking a detailed sexual history on an elderly woman.

Her husband and my attending were also in the exam room at the time.

My attending had known them for the past 15 years and this couple had been married for like 50.

After my attending stopped mocking me for, “asking about all that new crazy stuff, I’ve known Mr. and Mrs. X for years!,” the patient proceeded to tell me that she and her husband were swingers and she had multiple male and female partners into her 70s.

I wish I could have taken a picture of his face at that moment and hung it on my wall forever.

One of the donors was an older lady. Maybe early 70s.

There were 5-10 sexual history questions in a row.

In the middle of them she blurts out, “Honey, I’ve been dried up for years. Nobody has been diggin’ in this for a long time.”

When I was in nursing school we had these questionnaire things we had to ask our patients for homework. Most of the questions were pretty simple and basic, like family medical history or what current medication they were taking, etc etc etc, and it was designed to get us used to asking questions and to begin to develop rapport with the patient.

Well, since this was my first year of nursing school, I still felt a little awkward asking the ‘sex questions’ and was nervous when I came around to these questions when interviewing an 85-year-old man whose wife was sitting right next to him.

Me: “So..umm sir some of these next questions may be a bit personal and if you are too uncomfortable answering them you can just tell me and we can move on.”

Him: “Sure! Go ahead. You need to know all this stuff for your career! Ask away!”

Usually there were 5 or 6 questions that I would ask but today I could only get past this one question.

Me: “OK sir. Are you and your wife still sexually active?”

Him: Looks up at me, then the ceiling, then to his wife and says, “Sweetie? How would you describe our sex life?”

Wife (without missing a beat): “Oh probably that you jumped on a wild hog at the ripe age of 19 and are still hanging on for dear life.”

Then she leans closer to me and whispers, “I try to buck him off every night but he keeps hanging on.” (then she winks)

I almost died of laughter.

I worked in a medical call-center and had to survey patients taking certain drugs.

We asked if they were sexually active, (company was worried about libido-inhibiting side effects).

Best answer I heard was, “Yes, but don’t tell my spouse.”

“When was your last prostate exam?”

He then asked me what kind of birth control I use.

His response was great.

During my clinicals in school, I had an ER rotation.

Now, I like the ER, it’s exciting and you see some really weird shit.

I was baptized in the weird-shit puddle by a fourteen-year-old chick who came in with abdominal pain.

So my preceptor is doing his thing and asking medical history, when he asks her if she’s sexually active.

She says yes, preceptor asks last sexual encounter (thinking something was up), to which she responds, “Right before I came here.”

So, preceptor asks if she can describe the nature of her pain.

She says, “It’s probably from the cucumber in my ass.”

Turns out, she had a cucumber in her ass.

I was a medical assistant working for a dermatology office.

A 65-year-old man came in with an abundance of genital warts and said, “I kept sleeping with that same dirty woman. That’s why I got these things.”

A woman came in with inflammation of the vulva.

Wasn’t necessarily sexual history, but one patient brought her boyfriend into the room with her.

She was a new patient so I had to do a full history, which not only included sexual history, but how many times she was pregnant, how many kids she has, etc.

I asked her if she wanted him to wait outside before we began. She said it was fine, and he stayed.

I went ahead and asked all the questions, but I could tell that some of them were things they had not previously discussed.

My grandma to another nurse:

“Haven’t had sex recently. The last man I was in bed with croaked right after!”