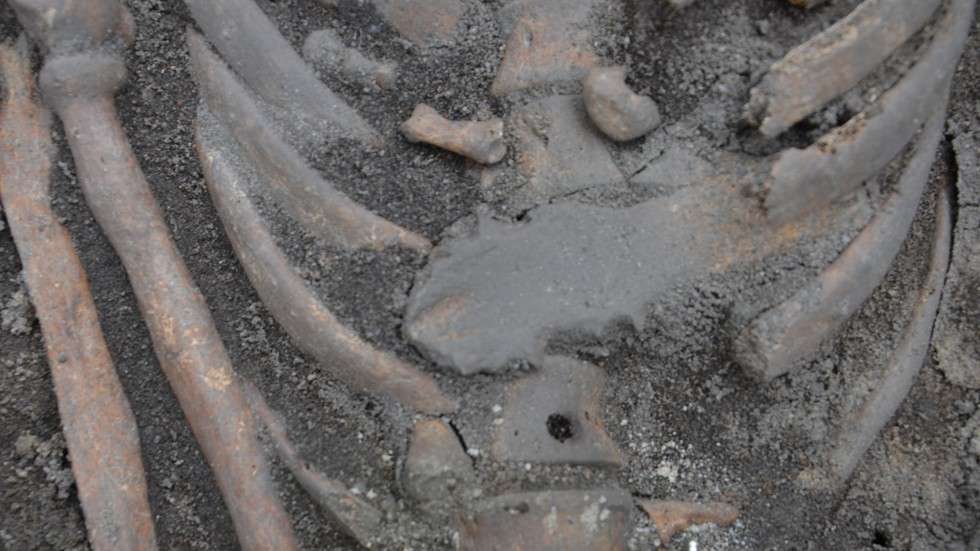 These Polish Graves Were Meant to Hold Vampires

If you need a lesson on how to stop a worrisome corpse from rising again, look no further than this recent archaeological dig in Poland.

Now, we all know that Eastern Europe is famous for its belief in vampirism (hello, Vlad the Impaler), but these graves really give us a good visual on not only what would have caused people to suspect one of their fellow citizens might rise again as the undead, but what precautions they took to ensure that it wouldn’t happen.

All three bodies discovered date back to the 13th and 14th centuries, and two of them show signs of a condition called kyphosis, which would have given the sufferers a hunched back and other alterations to their postures that could have caused people to fear them.

While this may not have been specific proof of vampirism, it seems the locals weren’t taking any chances, since the female body had broken knees, and was buried face down and pinned in place with a nail through the spine. The male body had been decapitated, according to the archaeologist from the Museum of Fortress Kostrzyn. 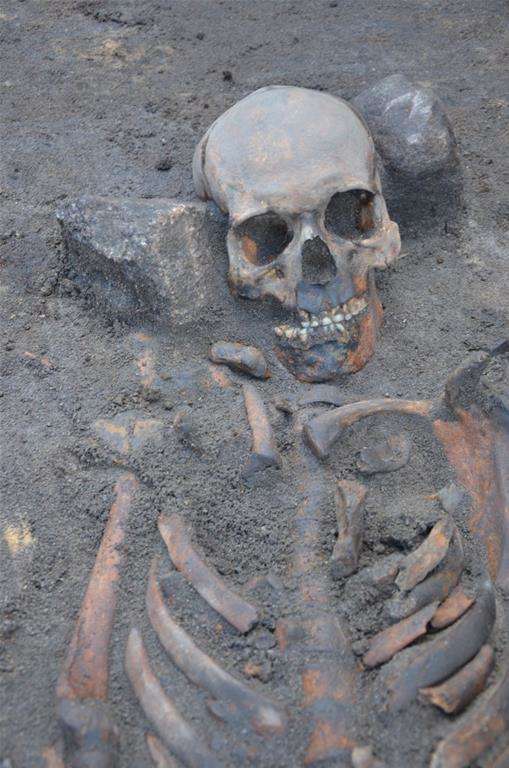 A third skeleton’s head was found wedged between two stones, presumably another effort to keep him safely in his coffin.

More proof seems to be that these corpses were found on the edge of the cemetery, and given significantly different treatment than the others, all of which were buried on an east-to-west axis (so that they might greet Christ when he returns, according to Christian tradition), their hands folded neatly over their chests.

Seems a little harsh, if you ask me, but then again…perhaps one can’t be too careful when dealing with even the whisper of the undead.